This Is Title Text

About the Muskegon Heritage Museum

In 2009 a revitalization of the museum began with a complete rearrangement of the main room adding new displays in the cases and on the walls. A print shop was set up and an Industrial section in the back building was rearranged. Printed signs for all displays were added. In 2010 the museum was expanded into what was the shoe store next door. During 2011-2012 we reconfigured and remodeled the 2nd floor of the building where the Corliss Engine is housed. This is our “Made in Muskegon” exhibit and we added a classroom that accommodates 35 people comfortably with all the AV equipment necessary for any presentation. By 2016 our volunteers had finished the 3rd floor remodeling and expanded our display space to almost 10,000 square feet!

In 2018 the MHM launched the “Open the Doors to our Future” capital campaign which successfully raised nearly $1.5 million dollars.  The success of this campaign allowed us to install an elevator in the museum for accessibility and to increase the MHM Endowment Fund to provide for the future of the museum forever.

“Muskegon’s Industries – A History of Manufacturing Companies and their Products” is a book that was published by the Muskegon Heritage Museum to celebrate the Museum’s 30th anniversary, 1983-2013. The book was updated in 2017 with a ten companies added.

There are 204 pages providing detail on 88 companies, including photos of buildings and products produced with logos used by the various companies. There are several hundred illustrations or photos throughout the book. Included are companies that the museum currently has on display or we plan to have a display in the future. Many of these companies are part of the “Made in Muskegon” exhibit at the museum.

The book is priced at $25.00 and can be picked up at the Museum by arrangement or during normal Museum open hours.

Copies can be mailed to those interested, via USPS Priority Mail, for an additional $6.00. Please remit a check to the Museum’s address, attn. Book Purchase. Be sure to include a check for $31.00.

We do not accept credit cards. 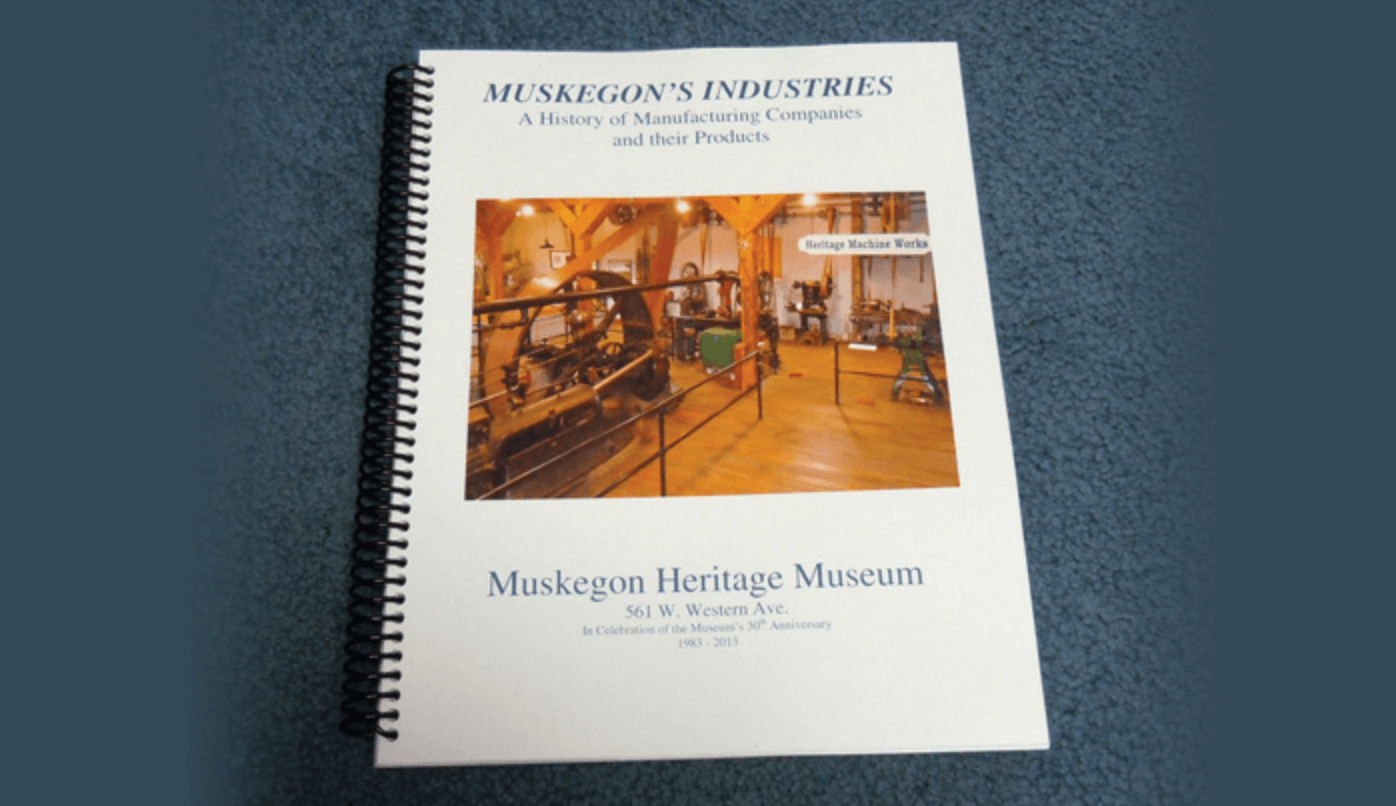 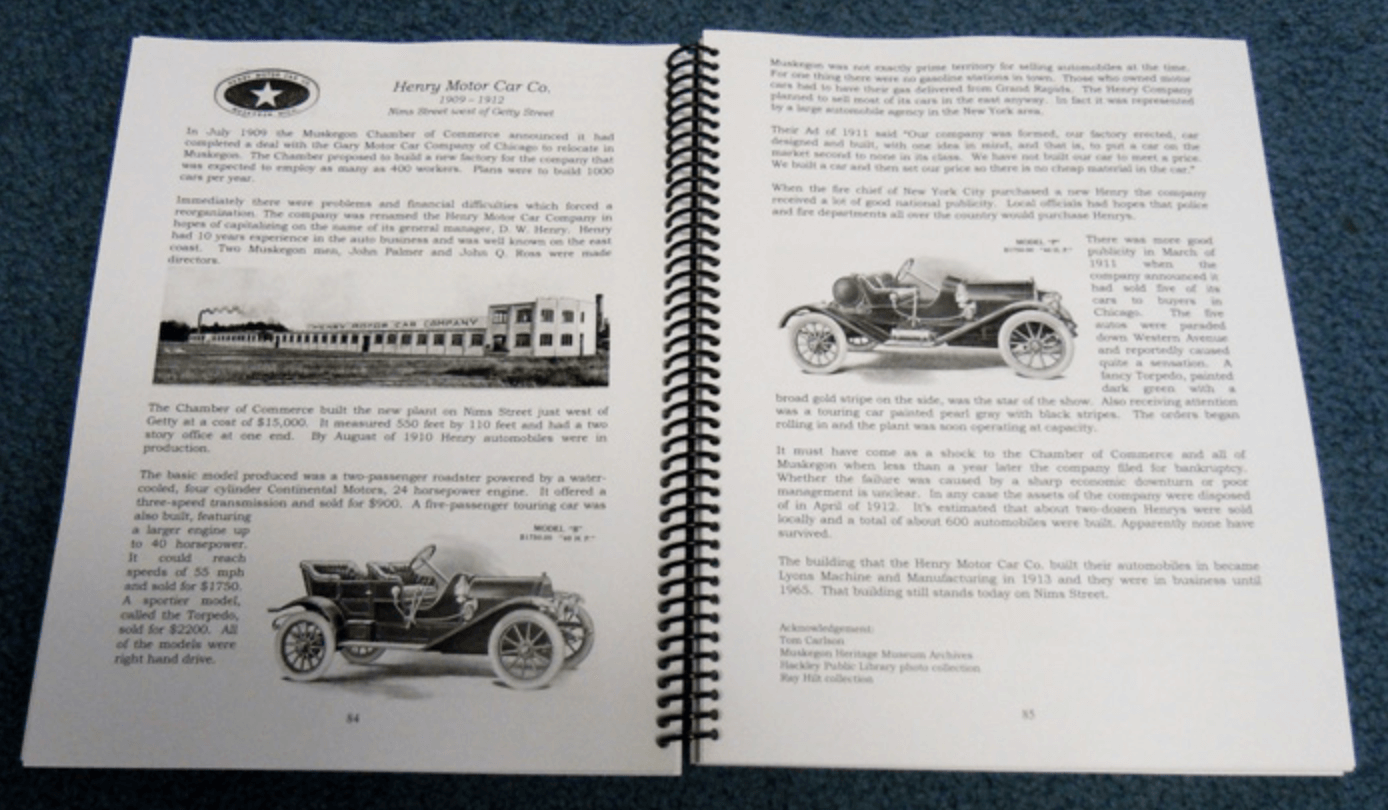 Looking for more to do in Muskegon? Check out these links for more information on places, restaurants, and events in the area:

Accessibility
All three floors are accessible by elevator.

Admission to all museum sites is FREE for active
military personnel.

Admission to the Muskegon Heritage Museum is
FREE for Museums for All guests. 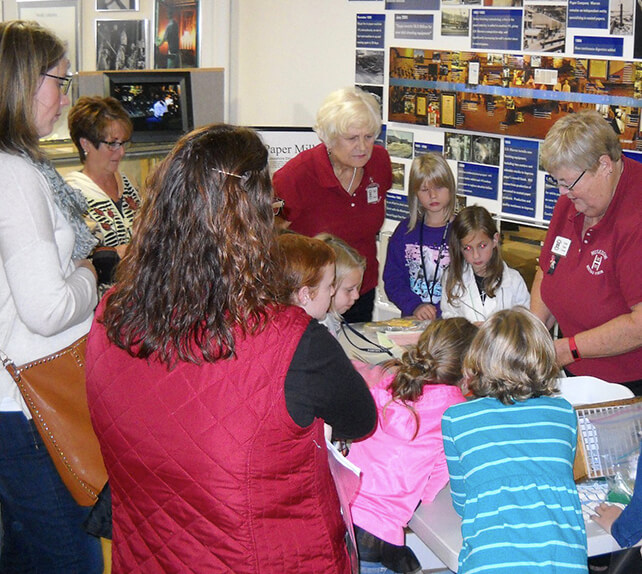 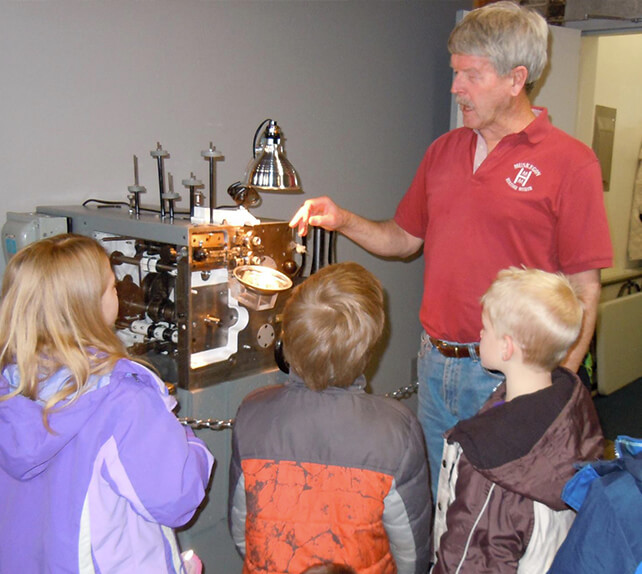 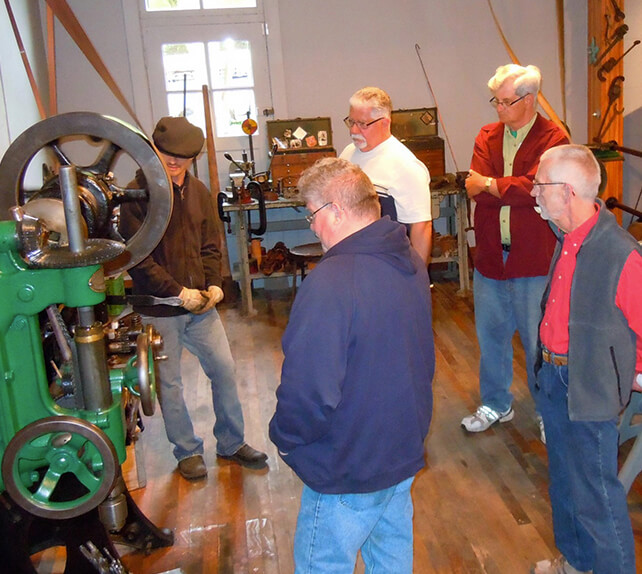 Be the first to hear about new programs and events!

Your ticket to exploring all that LMC has to offer!